With mandatory minicamps opening all over the NFL, it’s truly time to look forward to a new season coming up this fall.

One of the things that I’ve noticed over the past few seasons is that there seems to be a greater emphasis on youth in two facets of the game: players and coaches. Both of those groups seem to be getting younger with each passing year, and it’s made me wonder what the implications are, especially when it comes to leadership.

What are the benefits of having younger players and coaches? What’s being lost as the focus shifts from veterans to youth? Finally, is there a better balance that we can achieve when it comes to the fresh ideas and energy of youth, and the wisdom and insight of experience? 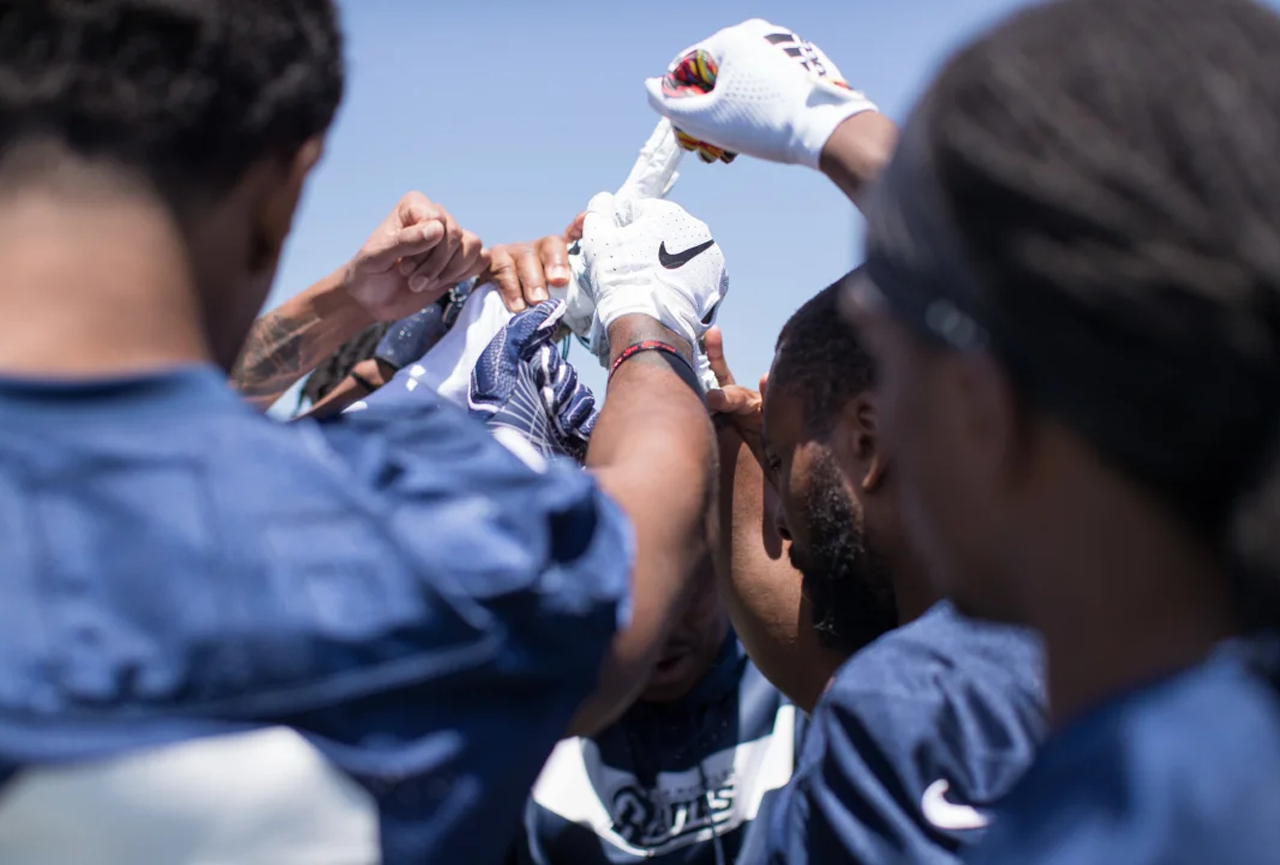 Today, the average NFL player is 25 years old, as young as players in the league have ever been. More young guys are entering, but with an average career length of just over three years, many young guys don’t even make it to their second contracts. At the same time, fewer older players are staying around. The result is that you have a bunch of young guys filling up locker rooms, no OGs around to show them the ropes, and a lot of positional coaches who have to try to shoulder a mentor role more than ever before.

At the same, you’ve got a bunch of younger coaches taking over teams, too. While some of them might be brilliant football minds, they also don’t necessarily have a lot of experience when it comes to managing personalities, either.

Teams of every era have issues that are specific to their time. The challenge for current teams is dealing with so much youth across the board. With all of these younger players and coaches, and a lack of veteran leadership, the cracks are starting to show in the foundations of rosters around the league.

THE CHALLENGES OF YOUTH

Things that should stay behind closed doors leak out too much. How you say the things that you say—especially if you’re critical of your team or your franchise in a selfish way—can come back to haunt you down the road. People get a bad taste in their mouths, and it can effect everything, including things you might not even be thinking about.

That’s the thing: Players also need to keep their eyes on the big picture. You only play this game for a limited amount of time. You hope that you can go back to these places you’ve played and have a relationship with the markets and fans there. Those relationships can lead to opportunities—business opportunities, endorsement opportunities, that kind of thing.

If you burn all of those bridges, those opportunities won’t exist for you.

To me, it’s in the interest of every NFL team to push things back in the direction of more balanced rosters when it comes to how old your average player is. (To some extent, the same holds true for coaches, too.) The truth is that both young and older can benefit from the presence of the other on a team.

Early in my career, I had the opportunity to play with a lot of guys who will be in the Hall of Fame one day. One of those guys was Isaac Bruce. He played with a focus and ferociousness that I admired. The thing was, you would never have known it. He was a quiet individual and typically shied away from the spotlight. He was well respected by his teammates because of the level he played at, and because of the way he carried himself and valued his team. Even at the end of his career, when his skill level dropped —like it does for all of us — and he wasn’t the same Isaac Bruce, he still had the support and respect of the fans because they knew he was giving everything he had for the Rams. It was never about himself. You may lose that burst. You may have an injury and not be the same player anymore. The game is always changing for you, and you have to change with it.

Those were all things I took note of as a younger player. I tried to do that with every veteran I respected: look at each of them, and see what things about them I could cherry pick, that I could learn from and adapt into who I was, on the field and off it. 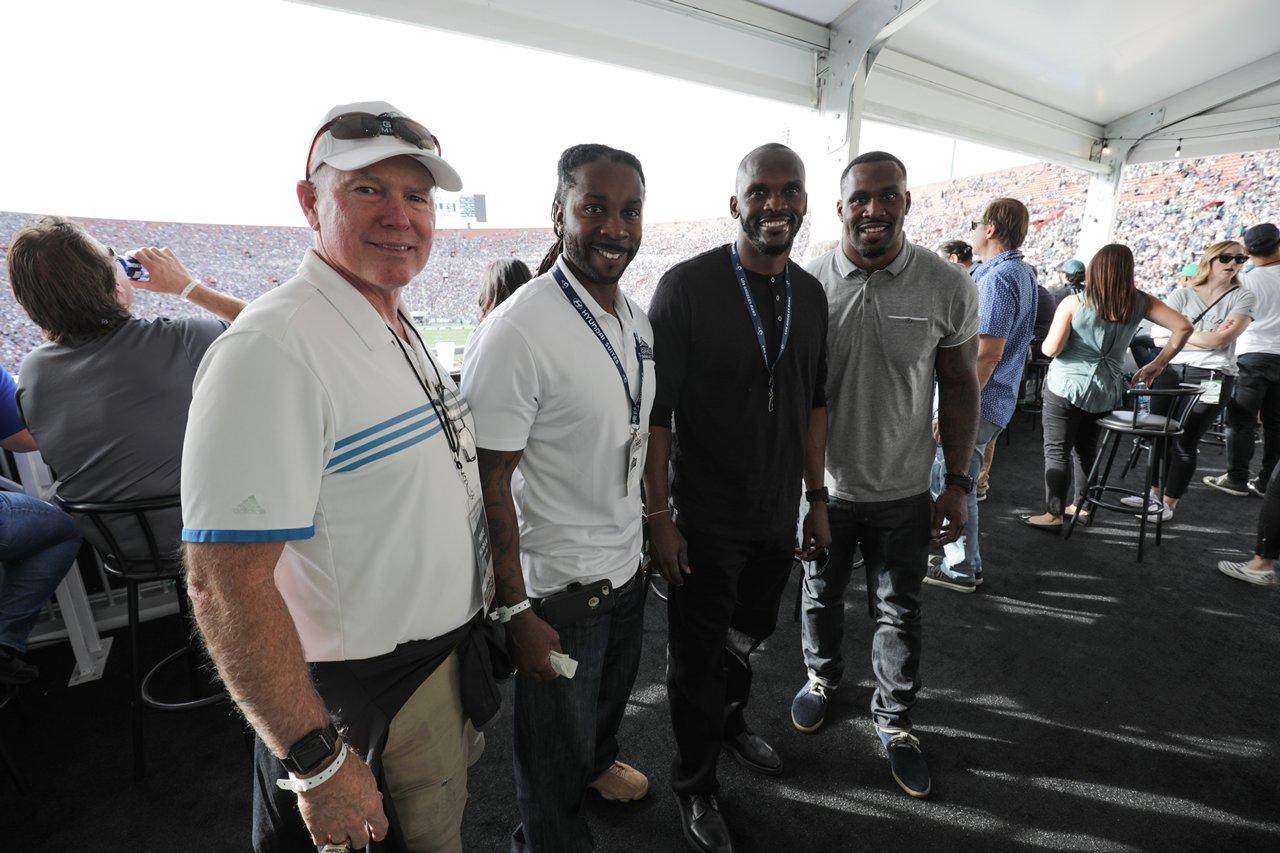 People also assume that younger guys who played at big schools know how to handle big-time pressure, but it’s not the same at the pro level. College kids are still protected by their schools and the NCAA. You have certain classroom commitments. You can only play and practice a certain amount. There’s none of that in the pros. There’s no structure like that. Playing in front of 80,000 people might not bother you, but the minute you get a contract, an agent whose relationship with you can be fluid, have to deal with taxes, all of that—chances are you don’t have anyone in your life at that point who can help you with that. You don’t know what you don’t know. Veterans can be a trusted voice that can help you with that.

Toward the end of my career, I was that guy. When I was sharing the backfield with Devonta Freeman on the Falcons and then James White on the Patriots, they had a ton of questions. “How do you stick around for so long and stay in such great shape? How do you deal with these outside situations when you have an issue with your agent? How do you know that person has your best interest at heart, or that he’s asking the right questions?” A younger player could have a bad game because the night before, he got in an argument with a significant other and it was still bothering him. Nobody on the outside knows about that or really cares. They just care about what you do on Sundays, as they should.

That’s the value in having a veteran teammate to talk to about that kind of thing, so you can learn about how to handle all of these kinds of situations. 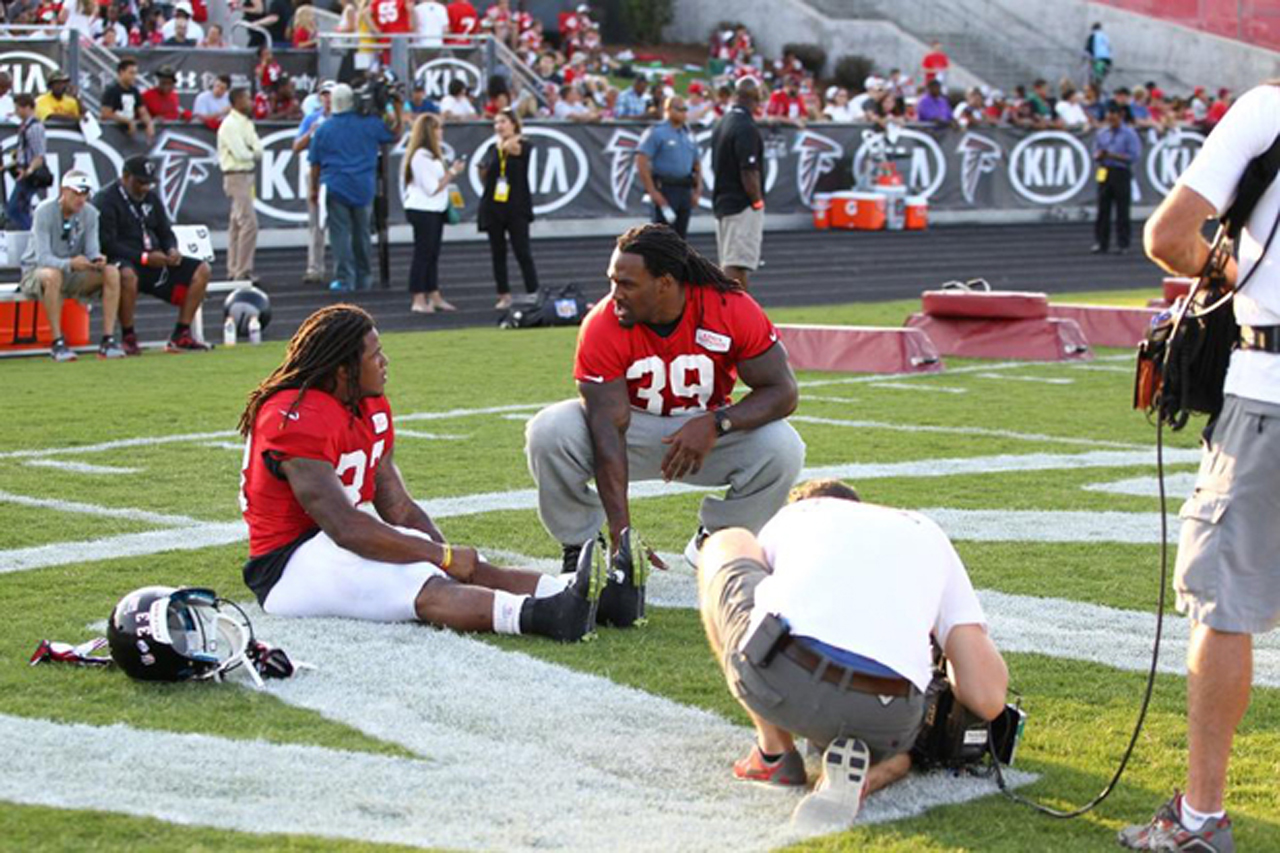 For older players, there are also lot of benefits from having young talent around you. When you’re a younger player, you put your head down and push the starter in a way where you’re helping him. In all likelihood, you’re probably not going to take the starter’s job, but for that veteran player, the competition is a good thing. When young players enter the league, they’re hungry (or should be). Putting on an NFL helmet is what they’ve been working for their entire lives. They don’t want to settle for being mediocre.

That’s what youth brings to the table for older players. It takes that veteran who maybe has become used to life in the NFL, who doesn’t practice as hard, who isn’t as invested in his craft as he used to be before life got comfortable for him, and it motivates him. That’s why I loved training camp. It was like boxing—whoever I sparred with made me better. I always loved that. I always wanted to go against talented younger guys.

There are definitely benefits when it comes to having younger head coaches, position coaches and scouts. That said, you also have to understand the life cycle or world experience of a year in the NFL.

If a particular player doesn’t pick up on a scheme very well or is drafted into a scheme that doesn’t complement him, that doesn’t mean that he’s a bad athlete. It doesn’t mean he can’t have a long, successful NFL career. But it does mean that, for that player, it really helps to have the right coach to recognize that talent.

To have the right coach in that situation can often mean having someone who’s been around. Someone who can say, “I can help with this. I’ve been through this before.” A coach who’s been in the NFL for 30 years might be a bit older, but he’s got the experience that can allow him to become the voice of reason in the room.

Veterans and young guys alike make the game great, but with every trend comes concerns. It’s important to remember that every active player will eventually become what we in the NFL player community call Legends. No young player wants to hear that, and for many, it probably seems like a distant thing right now. But it is inevitable.

If the NFL isn’t careful, the years of veterans sharing stories of their pasts, their legendary failures and successes, will become a thing of the past. That’s not something that any generation of player should condone. We have an incredible brotherhood that links Legends, veterans and current players together, and that connection will only become more important with the continuing inflow of youthful talent.

If everybody’s young in the room, if everybody’s vying to be the top guy and get all the attention, where does the leadership come—especially for the younger players in the locker room, who need it the most?