Starting in 2024, the PAC-12 Conference is going to look a lot different.

The Conference of Champions is no longer going to have the same look and feel that it did when I was a student athlete. In fact, it is going to look a lot different than it ever has in its existence.

With the exit of the two Southern California teams, UCLA and USC, the very makeup of the conference will change. This is a disappointing development for those of us with the PAC-12 in our blood.

However, like with all change, as relationships get re-defined, there is fresh opportunity.

Within this restructuring of the conference, I see a golden opportunity for Oregon State University. Through the years, Oregon State has been overlooked and has not realized the success of some of the other universities in the conference in several sports, particularly on the football field. This change is an important moment for Oregon State, a chance to rise to the occasion and redefine itself as a premier program throughout collegiate athletics.

The timing of the departure of USC and UCLA, at the very moment that the current PAC-12 television contract expires, taking the Southern California market out of the mix to an extent, is less than ideal, making it that much more important for the remaining universities to step up and have a bigger role in what the new PAC looks like.

The image of the conference begins with the recruitment of high-level student athletes to Oregon State and the other remaining universities in the conference, and in that I see the chance to build a niche and capitalize on what the PAC-12 still represents.

What the PAC-12 represents, above all else, is its location, along the Pacific Coast. I believe this is something the PAC-12 really needs to embrace more than ever before. Unlike some of these other super conferences, the PAC-12 has remained loyal to its roots and kept its member schools inside a certain radius, which does not go further East than Colorado. I believe this to be an important factor for student athletes in this region, and here’s why.

As a student athlete considering attending a university, an experience I myself had, you want to know a few things before you make a commitment. First, you want to know who your coach is, their track record for grooming young athletes and how much stability there has been at that position. But right behind that, one of the most important things to any young athlete is the viability of having your family there to see you compete in an affordable manner.

Having that regional supremacy and that backbone to be able to say “We’re going to play only these other schools in the region that are all fairly close geographically,” as a prospective student athlete that signals to me that my family is going to have the opportunity to come watch me and support me. Knowing your people are there gives you a little bit of assurance and a boost as you move into that next phase of your life. 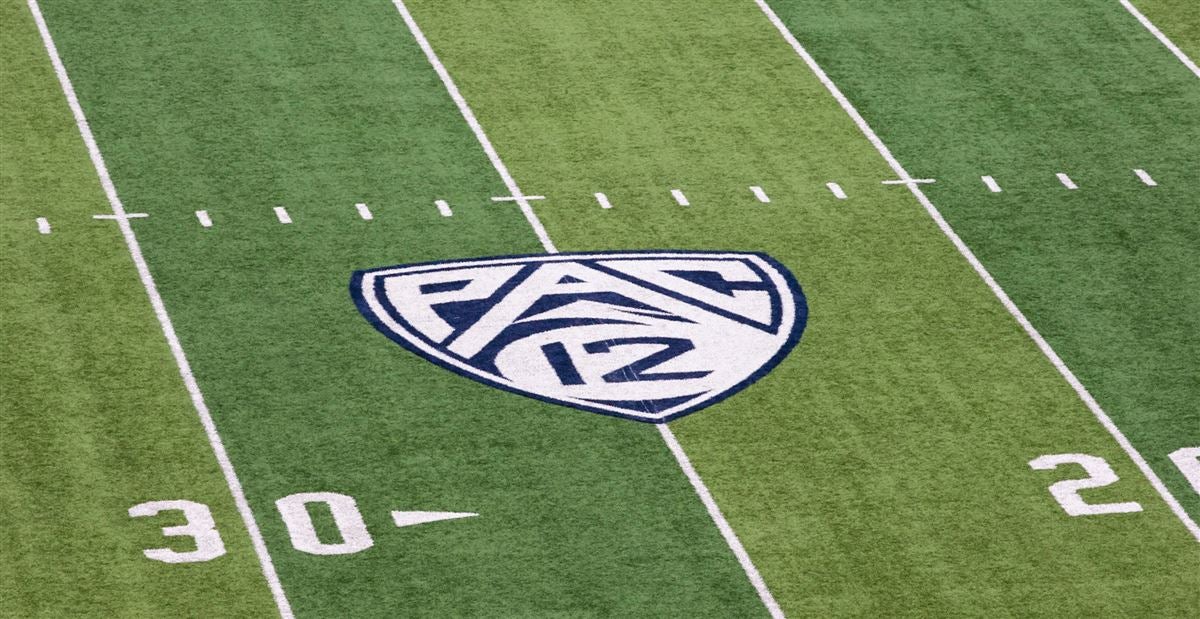 As PAC-12 members we need to be sending a message to these young men and women that we are not only going to groom you academically and in your respective athletic endeavors, but we’re also here to be supportive of families and reassure our student athletes that we know that nothing is more important than your family being able to see you compete in person.

While I believe the football programs are an important piece of all this, it’s also important to think about how these decisions impact other athletics programs, which, in a lot of ways, are being disregarded in favor of the whims of the football program. So maybe your football players get to compete in front of their family and friends, but your tennis teams and soccer teams won’t have that luxury when traveling to Rutgers and Penn State with less fanfare and fewer resources.

One of the challenges for these new super conferences that are starting to emerge is going to be that different areas of the country often create different types of athletes.

A blue collar, working class student athlete growing up in the midwest is a different athlete. I know this because I lived in the Midwest for all those years in St. Louis.

The B1G athlete from the Midwest is a bigger athlete. They’re accustomed to different conditions than the sunshine and beach weather of Southern California. You’re going to have to go on the road to Michigan and Ohio State and deal with conditions that aren’t familiar. The kind of mental toughness required is just different.

I’ll be honest about how this shaped my decision. Growing up in Las Vegas, when Wisconsin recruited me, my first thought was of how much I would love to head out there to a program that had Ron Dayne just leaving and kind of follow in his footsteps at the position, but the more I thought about it, coming from Nevada and the West Coast, I wasn’t ready for those conditions, I don’t know if I would’ve been prepared to compete. Who knows how I would have responded to that challenge. 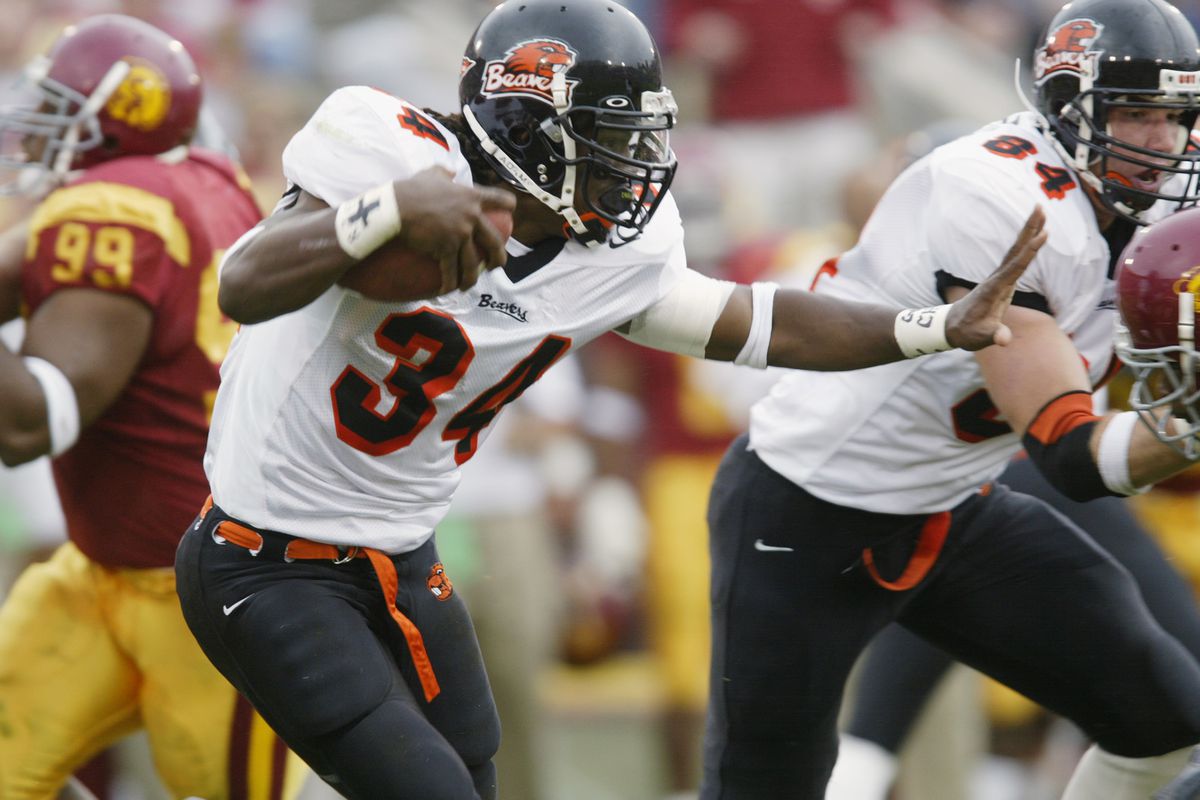 So when I see these two storied Southern California programs signed up to go to the B1G and think they’re going to go toe-to-toe with Ohio State, Michigan, Michigan State, Wisconsin, year after year, I think it’s going to be a lot more difficult than they understand.

West Coast kids are already getting poached by the SEC and to me that makes a lot more sense as a decision for a West Coast kid from California or Arizona, because then you’re going to an area with a similar climate and conditions.

So you’re USC and UCLA, and you’re already trying to hold off recruiting pitches from schools in the Southeast, and now you’re telling these kids in some sports they’re going to have to play their championships across the country where their families might not be able to see them, or you’re telling your football players to be ready to play at Ohio State in November. I think I’d rather play in Georgia in November.

A LOT TO BRAG ABOUT

In those conversations, what I hear repeated over and over again is that we don’t brag about ourselves enough, we don’t stick up for the things that we have been able to accomplish, while in many ways punching above our weight class.

Now that USC and UCLA are departing to join a new set of allies, we at Oregon State have the opportunity to not only brag about what we have accomplished, but what we have the chance to do as a future leader of the conference.

At the top of that list, is the new Reser Stadium, which will open in the Fall of 2023, just the right time. 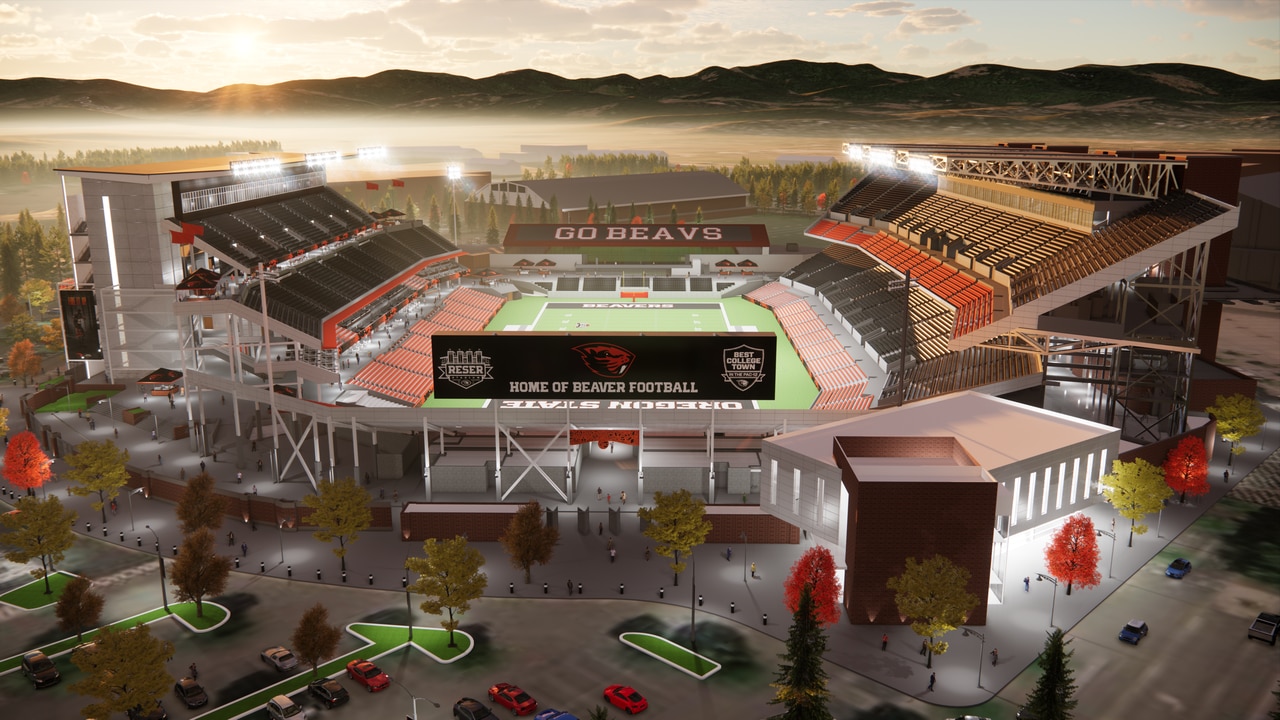 Reser Stadium is going to be a state of the art facility that fans of Oregon State can enjoy and be proud of. I also believe the things the University has been doing related to NIL, to appeal to a new generation of student athletes, have been paying dividends in recruitment.

Getting eyeballs on what we at Oregon State and all of these great PAC-12 universities are doing — as far as research and development, in the classroom and in other athletics programs — often starts at the front door of the campus, which to me is the stadium and the football program.

Our football programs take pride in being something of a welcoming committee for what the campus has to offer, what the university has achieved and what campus life is like at each university.

We need those programs to be as strong now as they have ever been.

As the PAC-12 reshapes, I’m planning to put my best foot forward to help the Oregon State football program be the best that it can be, and to see Oregon State Athletics represent the Pacific Coast with pride and poise.

We are still the Conference of Champions for a reason. I hope Beaver Nation and the representatives of all the other universities that remain in the conference will join me in embracing this opportunity to build the new PAC-12 in an image we can all be proud of.