Rise of the Rams

With OTAs underway and training camp coming into focus over the next couple months, the 2018 NFL season is nearly upon us. I expect it to be an exciting one, especially for the team I spent most of my NFL career with, the Rams.

Expectations are as high as they’ve been for the franchise in some time, and I believe in general manager Les Snead and head coach Sean McVay.

Those guys have done a really good job of being aggressive and attracting some top-notch talent while setting the table for the 2018 season.

When you look at the additions the Rams have made this offseason, your eyes immediately go to the middle of that defense with the addition of Ndamukong Suh—a guy who I have become really good friends with over the years, and who I have a great deal of respect for. 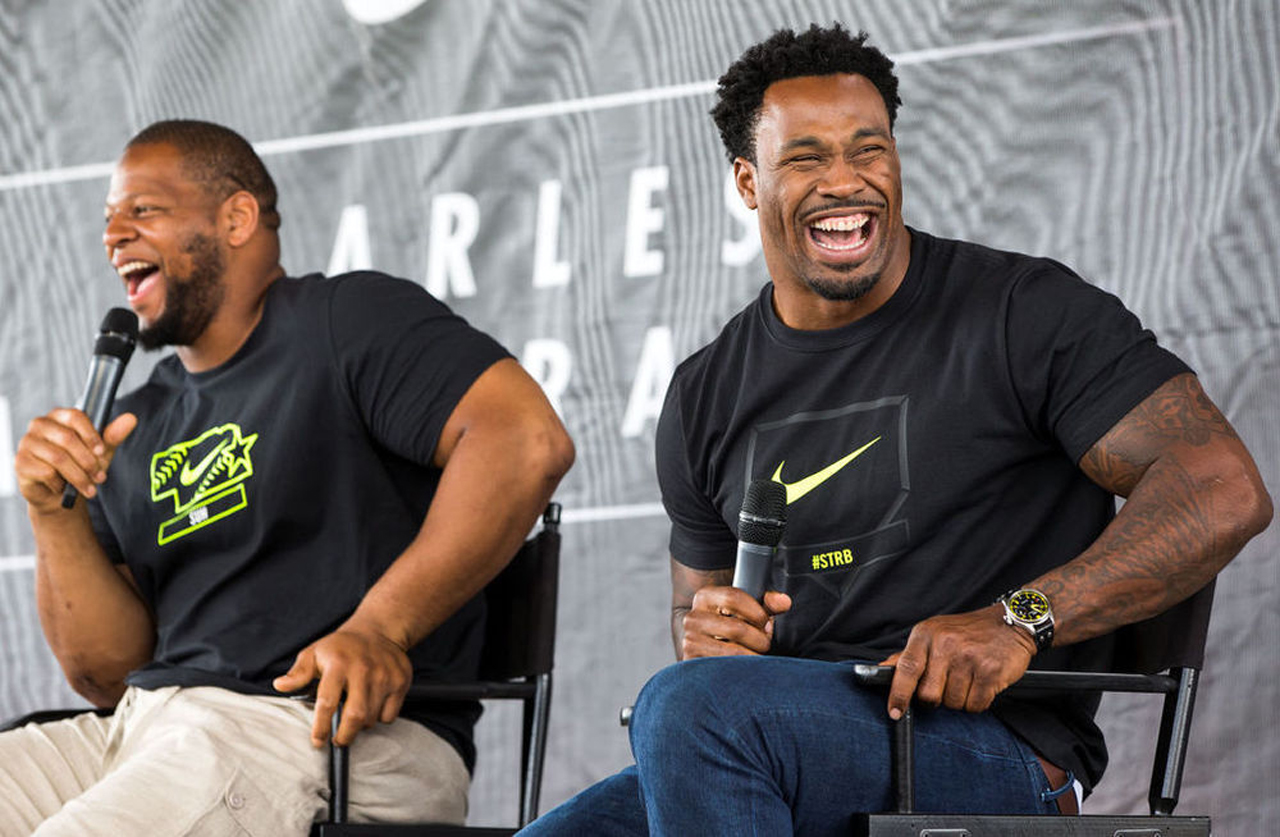 It’s a great addition. He is going to bring the tenacity that he is known for, and having him and Aaron Donald on that defensive line is going to be something to behold. Donald has already proven himself to be—if not the best D-tackle in the league—then arguably 1b with his new teammate as 1a.

I believe the two of them will feed off each other and complement each other, not only competition-wise in games, but also in preparation. They will also probably learn and take some things from one another and their different skill sets, which will allow for both of them to play at a level that is very high as long as they both stay healthy.

When you have those kinds of disruptors up front, you also allow for your secondary and the linebackers to be playmakers and risk takers.

That’s where the shakeup on the back-end comes in.

The Rams turned things over at the cornerback position, and it was a bit of a surprise. But you’ve got Wade Phillips over there as defensive coordinator, and he inherited some of those guys that were there last year at corner. They did well, but they saw an opportunity this offseason to get him some guys who play a particular way, and I think they might prefer that style of play.

Coordinators and the coaching staff often have a preference of what fits their scheme and what may not fit their scheme. It’s no different than preferring a scat back over a power runner in terms of what a team prefers their lead running back to be. 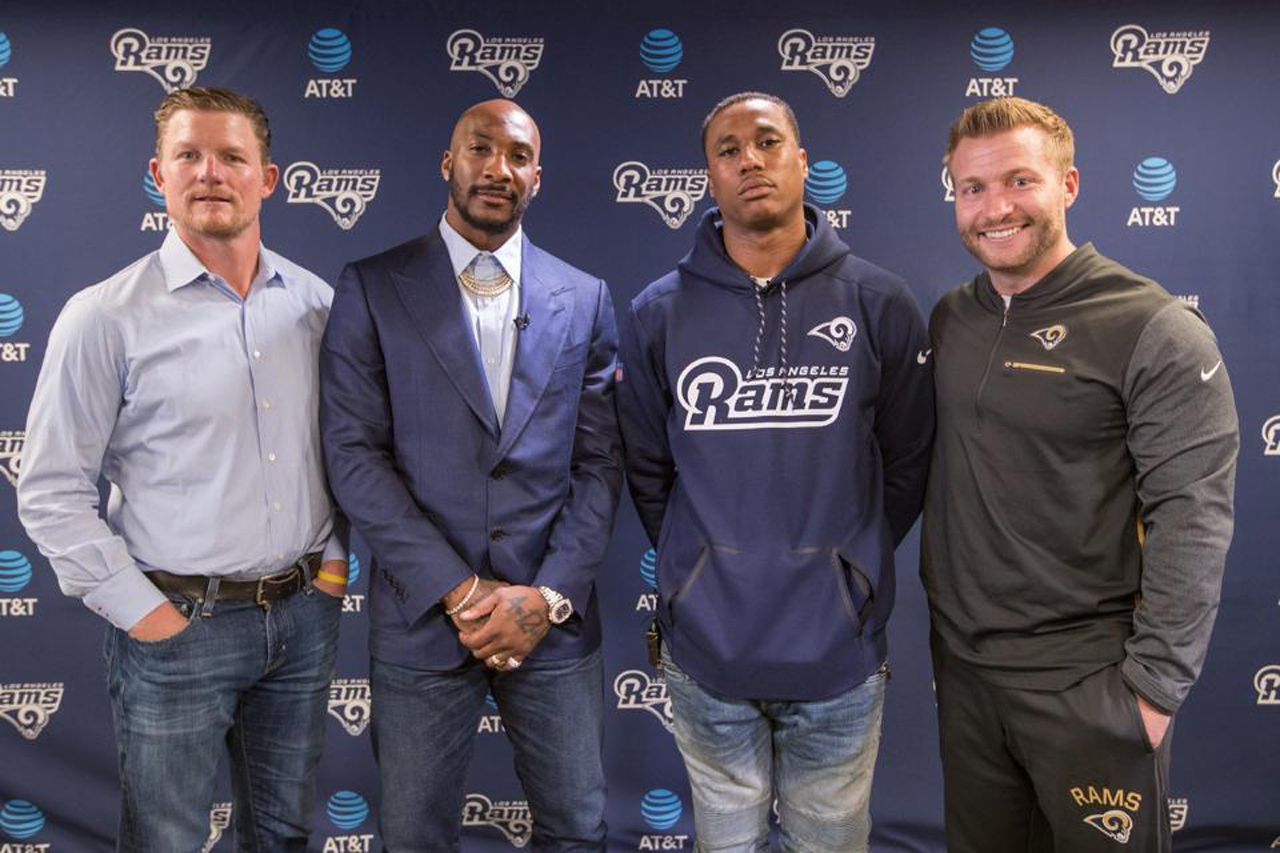 You look at both Aqib Talib and Marcus Peters, and they are a different body style, a different body type from the guys there last year. It suits the scheme differently. But I love the moves because of how those guys play the game. Here you have two players with similar style, similar personalities and guys that are not only very talented, but who walk around with that X-factor, that “je ne sais quoi” to them. It’s an infectious quality that I believe allows both of those guys to play at a high level, because they believe in their own talents.

I also like the moves they made on offense, particularly bringing in Brandin Cooks, who I really think is going to further assist the development of Jared Goff. Cooks has played with two of the greats, Drew Brees and Tom Brady. He understands the importance of that relationship between a quarterback and a receiver, and how they have to complement one another. Playing with those two guys, he also got to see first hand the expertise of the craft, knowing how the elite guys prepare, and some of the things they do, even before game day, to be successful.

Then you look at his skillset, and he brings to the table a viable slot receiver, who understands route running, a guy that is really shifty, but can make tough catches and do all the things that he has done through the course of his career. It’s a great pickup for them.

I’m happy to see the NFC West kind of turned on its head these last couple years. I think it was really needed to bring attention back to football out there. A lot of casual fans get lost, not only by time zone, but because of the rich tradition of football on the East Coast. I think sometimes the West Coast teams get drowned out by that. But when you have new teams rising to the top, it definitely draws attention back in that direction.

Unfortunately for me, I was on the opposite side of things as opposed to these new Rams. When I joined the Rams, it was at the end of The Greatest Show on Turf era. Those guys were all ending their careers and retiring. Coach Martz was let go. So then we had the rebuilding years, and many years with lean win totals. 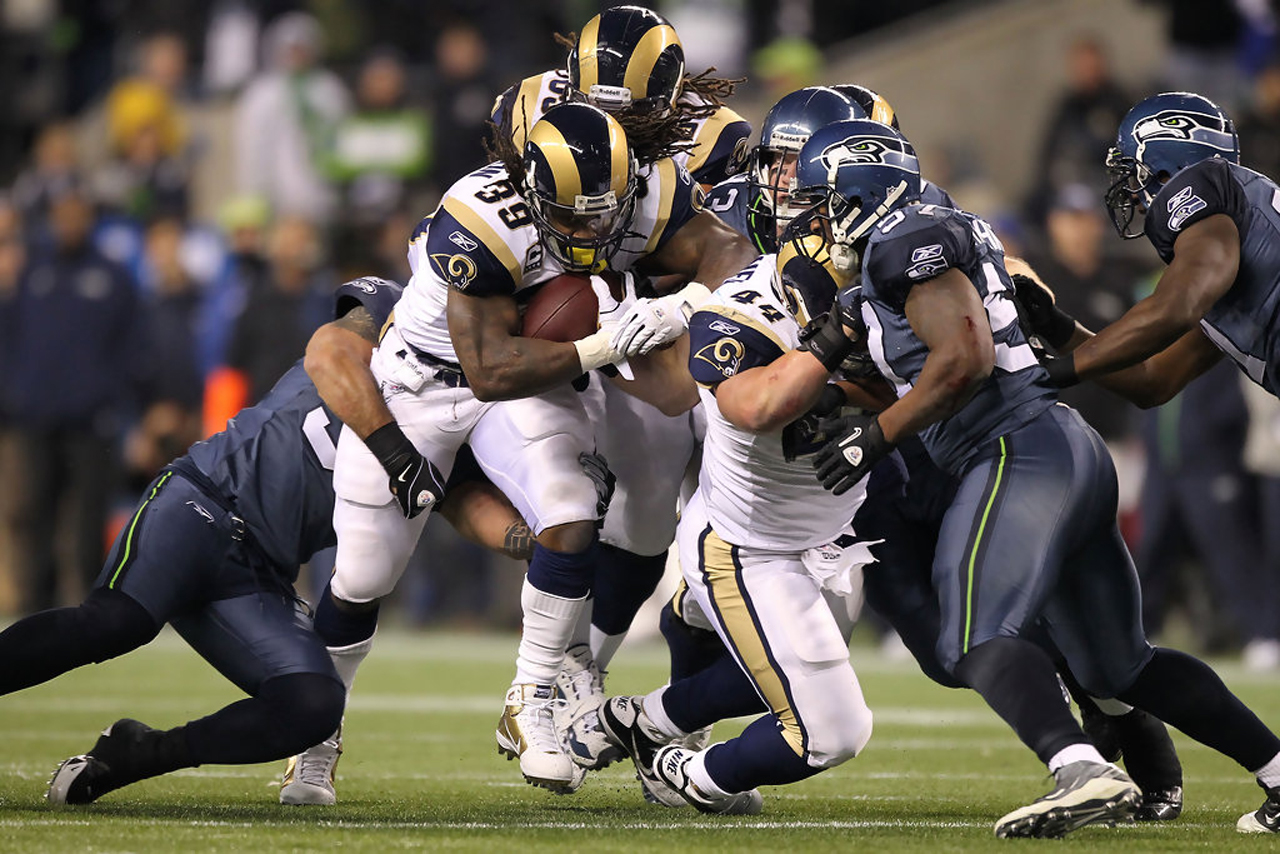 I played through Pete Carroll building up those Seattle teams to what they became, watching Arizona make their NFC Championship run to a Super Bowl appearance. And to now see those teams kind of have to hit the reset button while the Rams and 49ers come along with their young guns at quarterback and talented rosters, I think it’s good for the division. I think it’s great for the rivalry of the 49ers and Rams again. I’m excited to see that re-ignited.

But I think that is the natural cycle of divisions, teams resetting themselves, repositioning themselves for what general managers or what head coaches have envisioned for the next decade of football in their respective cities.

The next step for the Rams will be one of the most difficult, because while the talent is in place, now they have to juggle the many personalities coming along with those men. I saw throughout my career, especially after I left the Rams, that players with great talents often come into a new environment with their own ideas and way of doing things.

Managing a roster with a great deal of personnel turnover from year-to-year can be a challenge.

I’m reminded of when I joined the Atlanta Falcons. I went to a team that had gone to the NFC Championship the year prior. There is a Super Bowl expectation. You become favorites right out of the gate. And that’s a lot to deal with. In that instance, we had great receivers, a Hall of Fame tight end, and with the addition of myself, we were certainly looking to emphasize the running game. But there is only one football, and it’s hard to keep everybody happy and appease everyone.

You have to come in with an open mind and understand that you may have to make some adjustments in hopes of ensuring that your time on that particular team is successful. So when you’re doing that as a player, the staff is countering and trying to do the same.

There is an adjustment period for sure. Coaches and staff tried to get adjusted to the way I was used to doing things, and vice versa. It seems that Coach McVay and his staff are very flexible in their approach to the game. I’ve only heard good things about their open-mindedness, and how they’re trying to lead the way in LA. 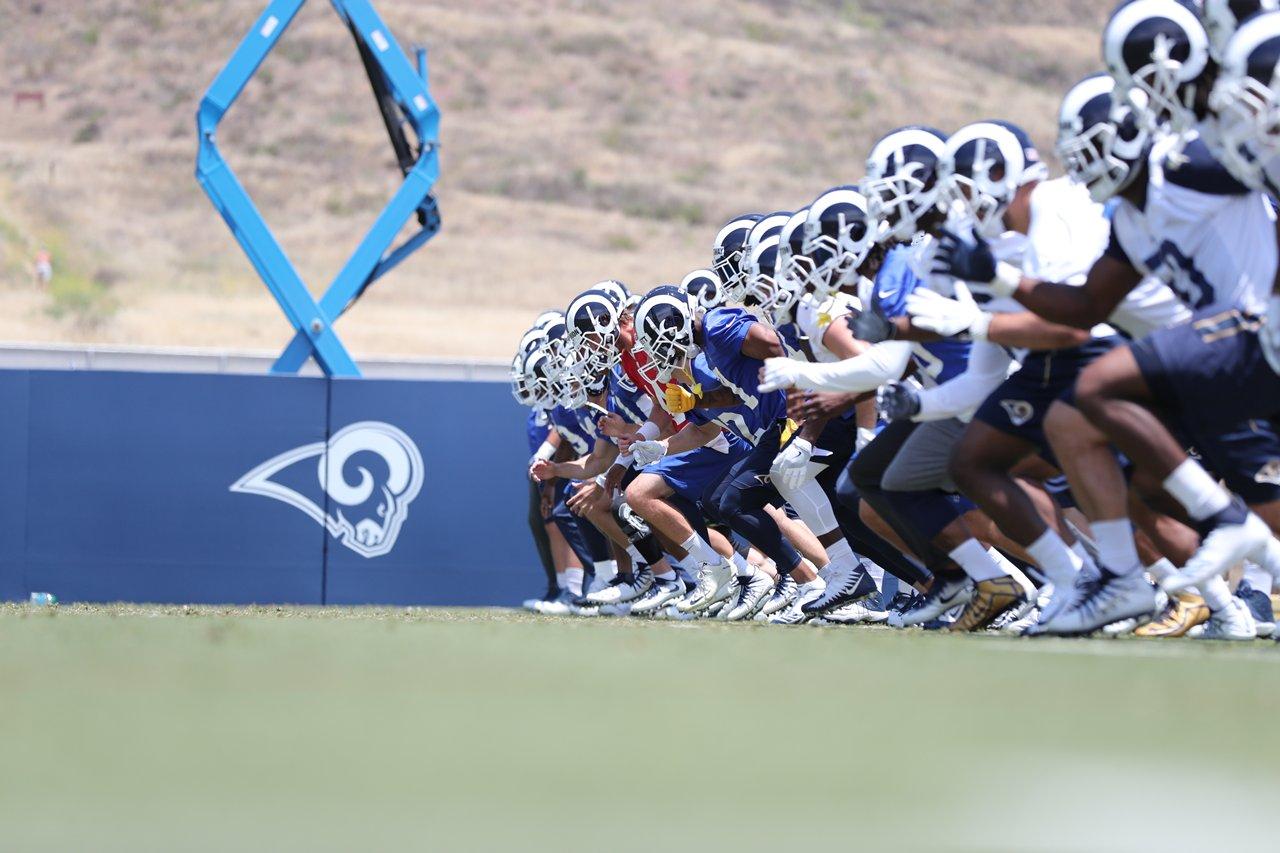 Looking at it from a player’s perspective, I understand a great deal what some of these players going to LA will be going through. For me, being with the Rams my entire career until I got to Atlanta, I always prepared in a certain way to ensure that I was successful. So there was a bit of culture shock while trying to make sure that I was still playing the game at the level that I had always played it at.

That is when you really need the true leadership in the locker room—that’s been there and established—to make sure that everyone puts faith in the foundation of the way things have been built.

There is always going to be a blend of talent and an organizational way of operating. I would hope that on this path of seeking a championship, the Rams as a franchise have conviction about the way things have been done in the past. I think it is important for the Rams to maintain their identity, and make sure the Rams Way is honored and adhered to.

I think those guys can handle it.

After the year they had and some of the moves they’ve made, they’ve positioned themselves to be a Super Bowl favorite and earned that stress of “Super Bowl or bust.” And when you are in a town like Hollywood, it only increases the expectations. But that pressure is more from the outside than internally. Internally, I don’t think there are higher expectations than years previous.

All 32 teams go into training camp with the Super Bowl in mind, and hope that they will hoist the Lombardi Trophy at the very end. The Rams just have a better chance to do it now than they have in a very long time.

I have to admit: That’s great to see.