Andrew Luck’s retirement has been the talk of the sports world this week. Personally, it struck me hard for a number of different reasons.

When something happens suddenly in the game of football that turns the sport on its head, there are generally a lot of emotions involved. That was certainly true in this instance. As a former player who has been through injuries and had to make hard decisions about my life and career—and a player who has also been a part of a team getting ready for a season—it’s interesting to look at it from all perspectives.

Initially, like most sports fans, I was shocked. What shocked me more than the news itself was the nature of how it came out, in a tweet from Adam Schefter. I was actually watching the Indianapolis Colts game when the breaking news came down in red letters on the bottom of the screen.

My response was impulsive. It was such a shock, and he’s such an incredible talent. To see him say he was going to hang it up rocked me as a football fan. Like a lot of people, I loved watching him play.

But once I thought about it, I felt bad for Andrew Luck. To be robbed of the opportunity to do something like this on your own terms, it stings. When a decision of that magnitude is made, you have a certain way you want things to play out in your head. He had that rug pulled out from underneath him.

You get snapped back into reality about how harsh this business of football can be. 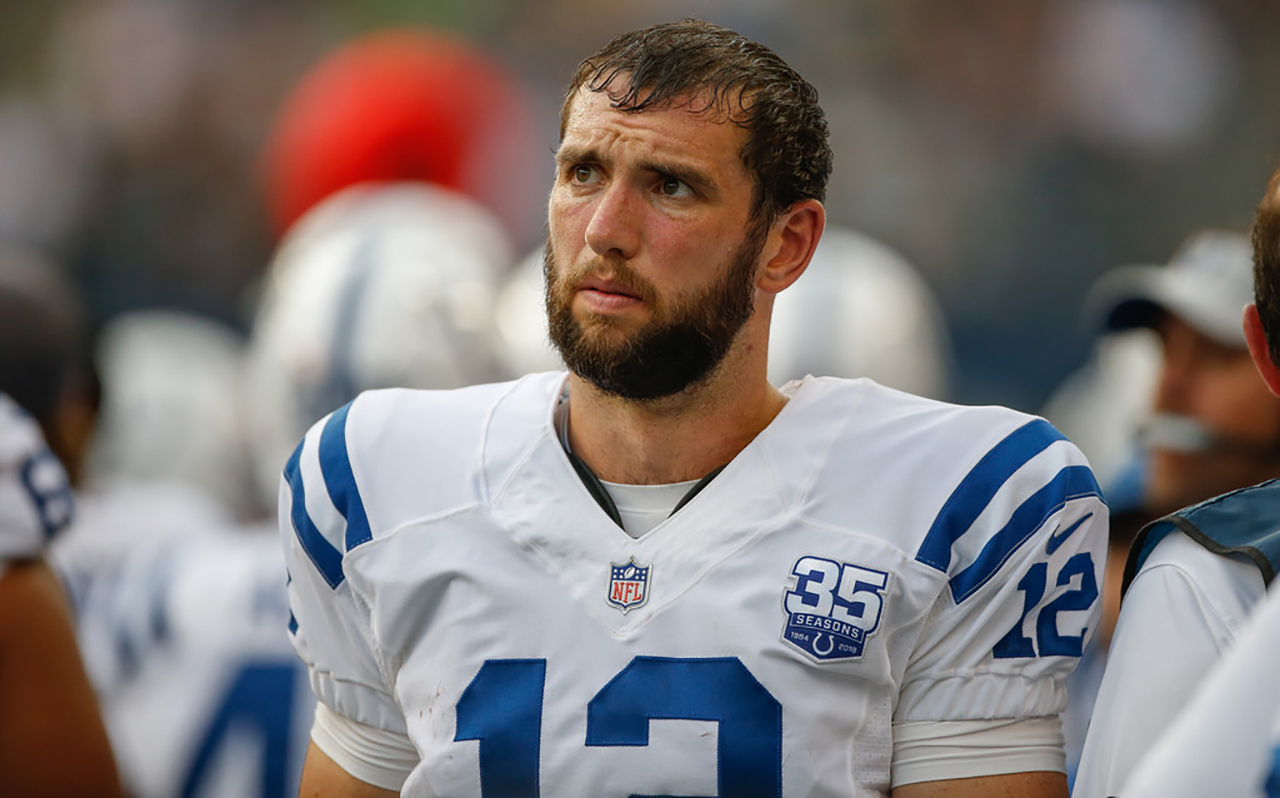 A lot of people—most of them in the media—will say, “Well Schefter has a job to do. His job is to break news.” And I totally understand that.

But the way this all happened speaks to my frustration with the business of the National Football League at times. It’s cutthroat and the “inside sources” in the organizations are a big part of that.

Some of these insider reporters have relationships that are above your head as a player, and you can’t locate specifically where it’s coming from. So the only way to break news the way you want to is to have it come from you first.

But that’s not always easy. I’ve been in Andrew’s shoes.

It wasn’t when I was getting ready to retire, but when I was parting ways with the Atlanta Falcons. That February, I had a conversation with the Falcons front office and I was told that, before it was announced to the world, I would have a day to get things in order and be able to tell my close friends and family that my tenure there in Atlanta would be coming to an end. It was a very pleasant conversation with team officials.

I hung up the phone. I was able to make only one phone call before it was on the ticker of the sports networks, with “breaking news” that I was parting ways with the team.

That type of news doesn’t come down by way of a press release that you get to approve anymore. It’s become all about getting scoops, breaking news, and who gets the notoriety.

So the actual breaking of the news, of this monumental life-changing decision by Andrew Luck, was disturbing to me and left me in shock like much of the sports world.

Then you have a bunch of Indianapolis Colts fans reacting in a very negative way. For Luck, that’s a lump in his throat for sure. I’m sure when he initially heard those boos, he probably questioned “Why?” or maybe even, “Why did I take so long making this decision?” In the back of his head, he’s thinking of all the injuries he has sustained and played through, the sacrifices he has made.

The timing of it was pretty rough, too. It put Andrew in a bad spot that could have been avoided. Personally, in that situation, I would’ve sat down with my agent and said, “Look, we can’t confirm a decision about any of this until after the game.” If that means waiting to tell the team, so be it. Otherwise, it’s going to leak.

The other thing that threw me was Luck being at the game at all. As I’m watching all of this go down, I’m wondering, “Why is he on the sideline and why was he warming up before the game?” That created an expectation that was not only misleading, but again, set Andrew up in a way that wasn’t fair to him.

He was trying to walk away in a classy way, the right way. That got taken away from him. It’s a very unfortunate part of the business of the game.

Listening to Andrew talk, he mentioned a lot about injuries and losing the love of the game.

I’ve been to that place where Andrew was several times over the course of my National Football League career. It’s a place that’s very isolating and not fun. Trying to renew that love for the game can sometimes take a whole offseason. That desire can also be very finicky and temperamental, depending on what injuries you are dealing with, and the status of your health.

There are certain injuries where you feel like you’re not able to help the team. There are other injuries where you have to play through them because your presence on the field may attract a double team, or a certain defensive call may be in play because you’re out there. You have to take all of that into consideration and find a balance. It’s a three-pronged decision between yourself, the team and your doctors—and by your doctors, I mean your second and third opinion, somebody who actually works for you.

Then you try to come to a decision based on the information and your own pain tolerance, and what the odds are of you being able to be yourself. That’s hard to do.

I played through a number of soft tissue injuries, and there would be times I’d be in the open field and I just couldn’t get to that next gear because of the concern in the back of my head about popping that hamstring or groin again. Then you also worry about compensation injuries in other parts of your body. So you temper your pace and protect yourself. It’s a lot to think about and digest.

As many different ailments as Andrew Luck has had, I’m sure it was getting exhausting trying to manage it all. 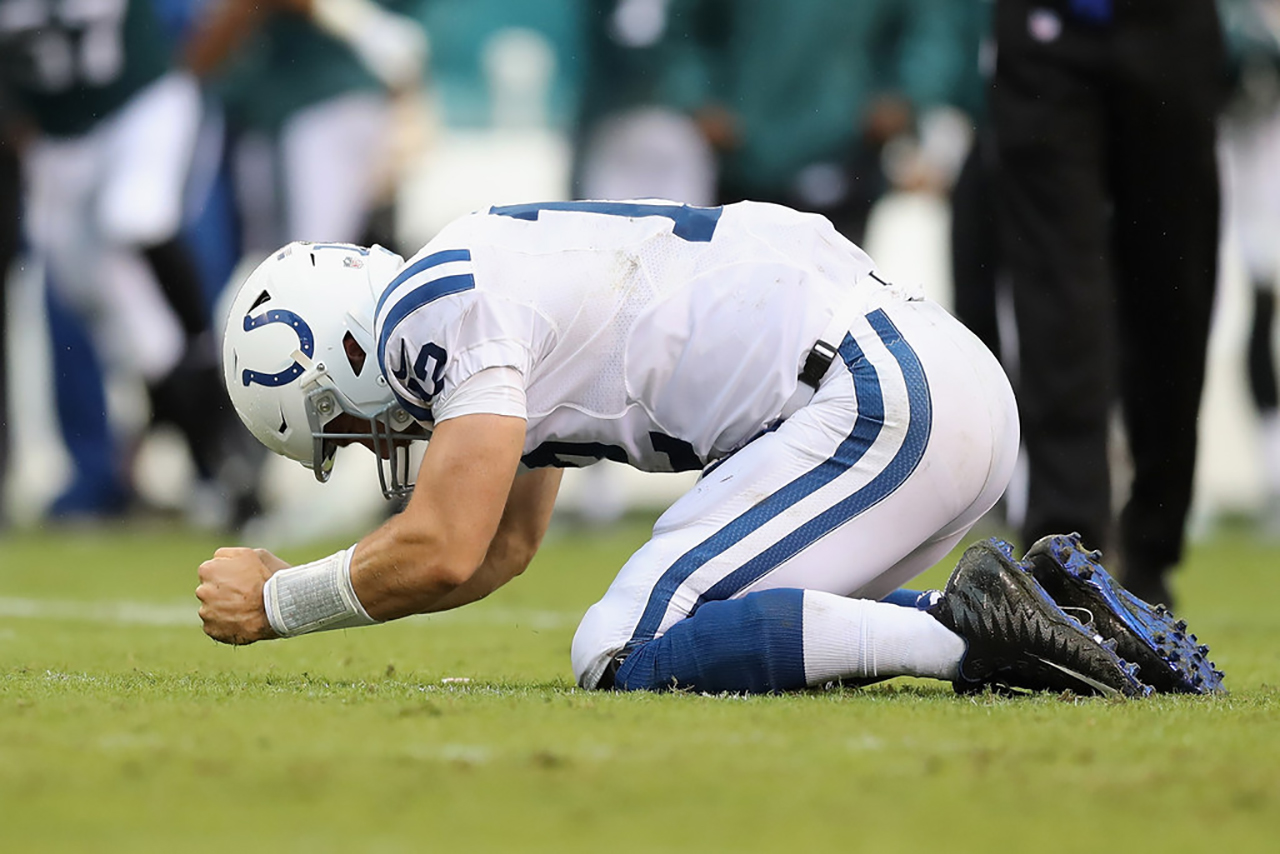 Anytime you’re trying to get the team to a championship level, you’re making sacrifices, working not only in the building but outside of the building. Countless hours. Sometimes, you feel like you’re carrying a whole franchise and a whole city on your back, trying to will your way to the next game or the next season. That takes a toll on you.

The truth is this: If your heart’s not in the game anymore, if you can’t renew that passion and that love of the game, you don’t belong out there on a football field. You can’t fake it. That’s how guys get hurt. To keep yourself injury-free, you have to go on the football field with a clear conscience and no doubts. I think that’s where Andrew was at with his mindset. He couldn’t get there.

I hope he is truly at peace with his decision, and I know I’m not alone when I say that I’m going to miss watching him play.

WHAT IT MEANS FOR THE COLTS

I’m sure this was a very hard decision for Andrew in light of the timing of it, too. It’s two weeks before kickoff.

You’re at a time in preseason where the team has almost gelled and has started to form an identity. Now the person who is the biggest part of that identity is no longer with you, and everybody is looking around wondering what’s going to happen.

It’s very hard for those guys. It’s kind of reminiscent of having your coach fired in the middle of the season. You’re not sure what to expect. You know all the other pieces are in the room, and you’re familiar with those pieces. But there is uncertainty within the leadership. Your MVP and the person who was that difference maker is no longer going to take the field with you. It tests your confidence.

We’ll have to see how things gel now for these Colts. Right now, they’re trying to figure out how to sustain the energy they had for the beginning of the season and rebuild that confidence they put together over the last several months getting ready to head into the season. That will be the challenge.

Jacoby Brissett has an amazing opportunity in front of him. I’m sure becoming the star quarterback for a franchise in the NFL was a childhood dream of his and he has that chance. He’s also entering a contract year and the quarterback numbers we’re seeing are astronomical with the quarterback franchise tag projected to be near $27 million next offseason. He has a chance to change his future financially, for himself and his family. Best of luck to him. 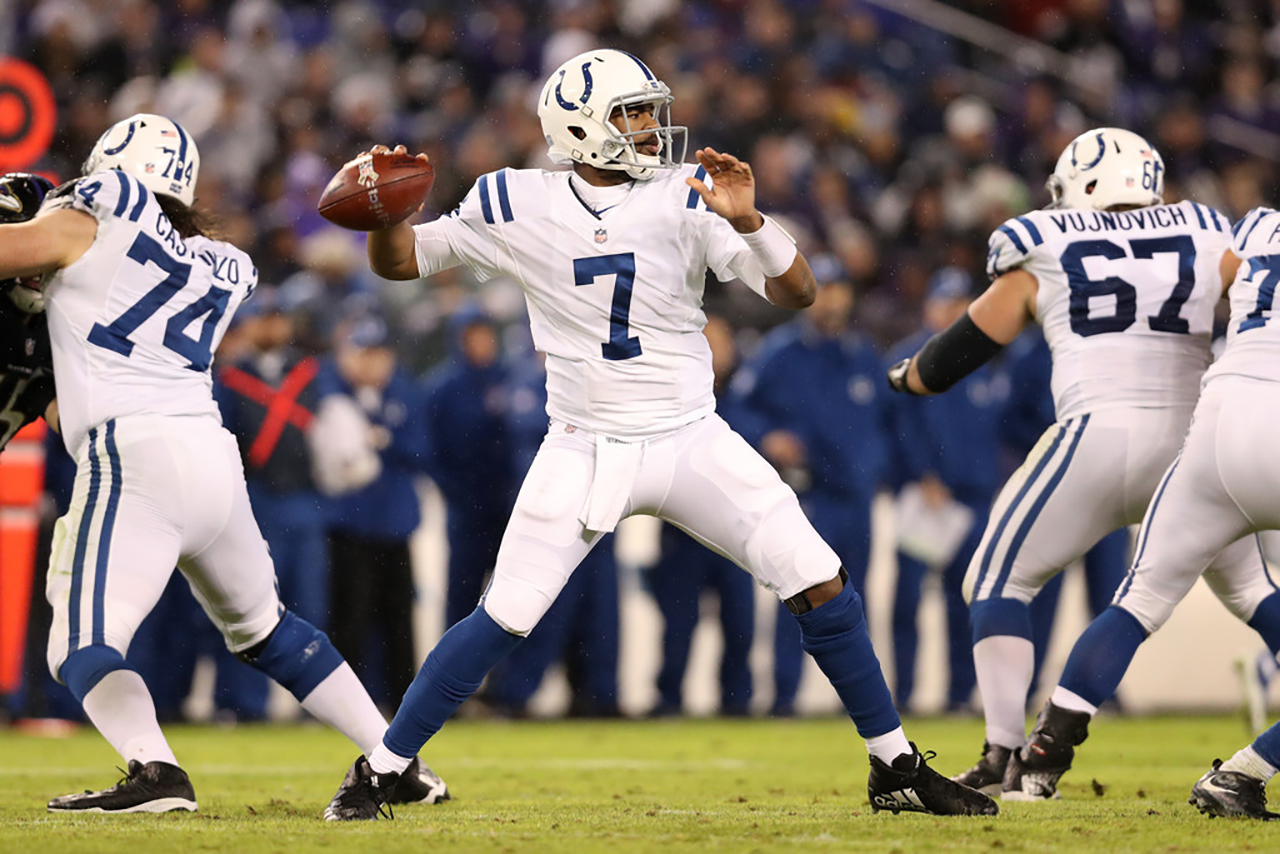 I would say to him, and all those players in that room and those coaches trying to encourage them: Just keep it simple. Try to win every down, every game, string together wins and hopefully you find yourself in the hunt at the end of the year, because the last thing you want to be doing is making vacation plans in November.

I will definitely be watching to see how the Indianapolis Colts endure through this season. We’re going to learn a lot about head coach Frank Reich and his ability, as well as all 53 men on that roster.

The AFC South was arguably theirs to win, and now it’s going to be up for grabs.

You have the Houston Texans and Jacksonville Jaguars sitting there ready to take it, but I wouldn’t count out the Colts either. That’s a very intriguing division to me as we head into the season.