As another NFL Draft approaches this weekend, I think everyone knows by now that I’m really going to be paying attention one thing above all else: what happens with the running backs.

I’m very interested to see where Saquon Barkley and other top running backs are chosen, and how that trickles down to the rest of the league. It’s another important step for the position. 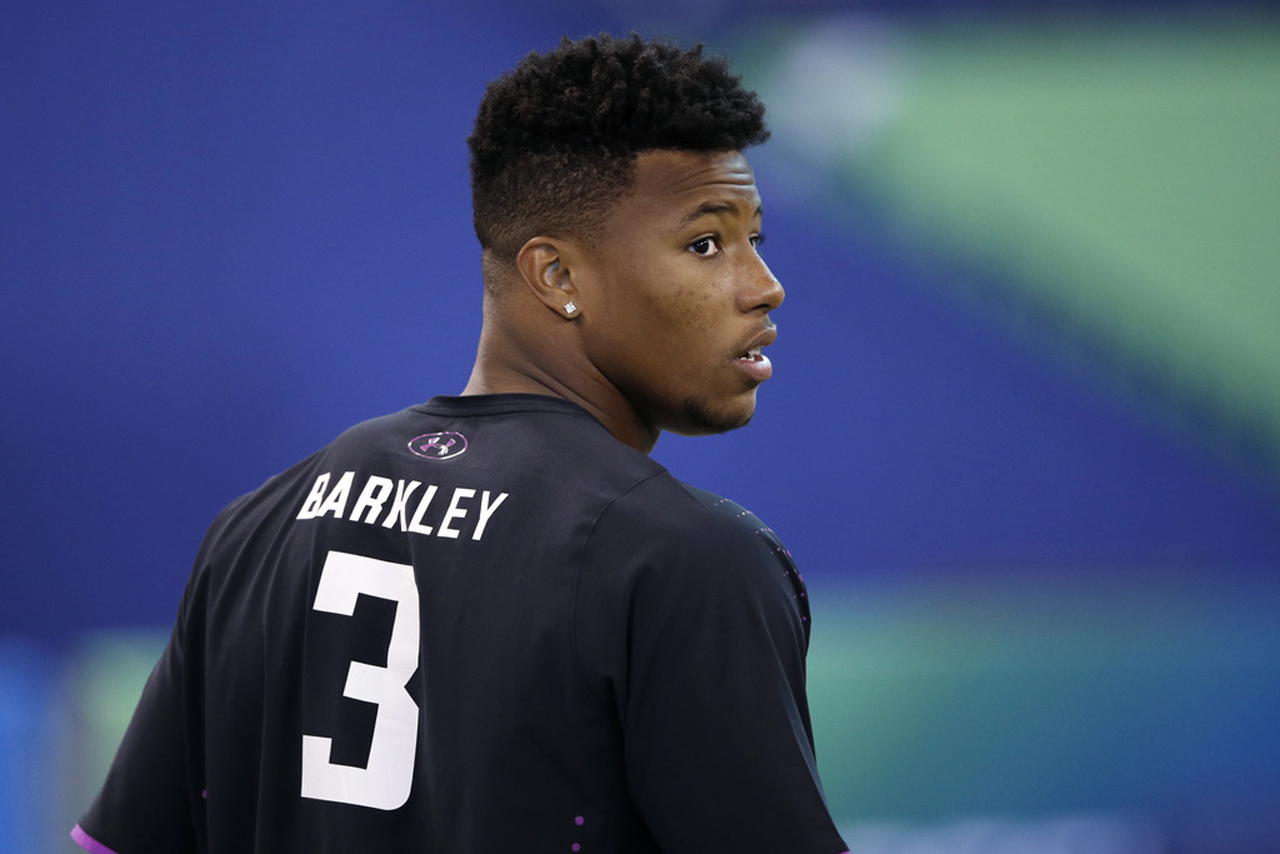 Even though running backs like LeVeon Bell, Ezekiel Elliott and Todd Gurley have had a huge impact on the league in the last couple years, the position continues to remain undervalued in a way that should—and needs—to change.

It’s crazy, but since the days of myself, Adrian Peterson and Chris Johnson, salaries for running backs haven’t grown at the level that many other positions have.

In fact, things haven’t really progressed at all for running backs in the last 10 years, since I signed my big deal with St. Louis back in 2008. And with inflation, and the money being thrown around in the game of football these days, there’s no way that you can tell me that my 2008 contract should be rivaling the biggest deals being signed by running backs today.

I don’t really understand it, especially because all the positions on a football team—at least to a degree—benefit one another.

But that’s how it’s been. It is even more fragmented and segmented when you put it by position. And I think that comes back to the responsibility players have toward their peers, as running backs.

Some guys don’t understand that we stand on each other’s shoulders, and that the way to help ourselves long-term is to take strong stances. That’s how you move the ball forward.

That’s why I’m so impressed by Le’Veon Bell, and why I’m in complete agreement with the stance he’s taking.

It’s a huge risk that Le’Veon is taking, signing these year-to-year deals. At the same time, you need somebody like that that is willing to not only take the risk on himself, but understand how to move and progress this position forward. I think that’s what he is trying to do. 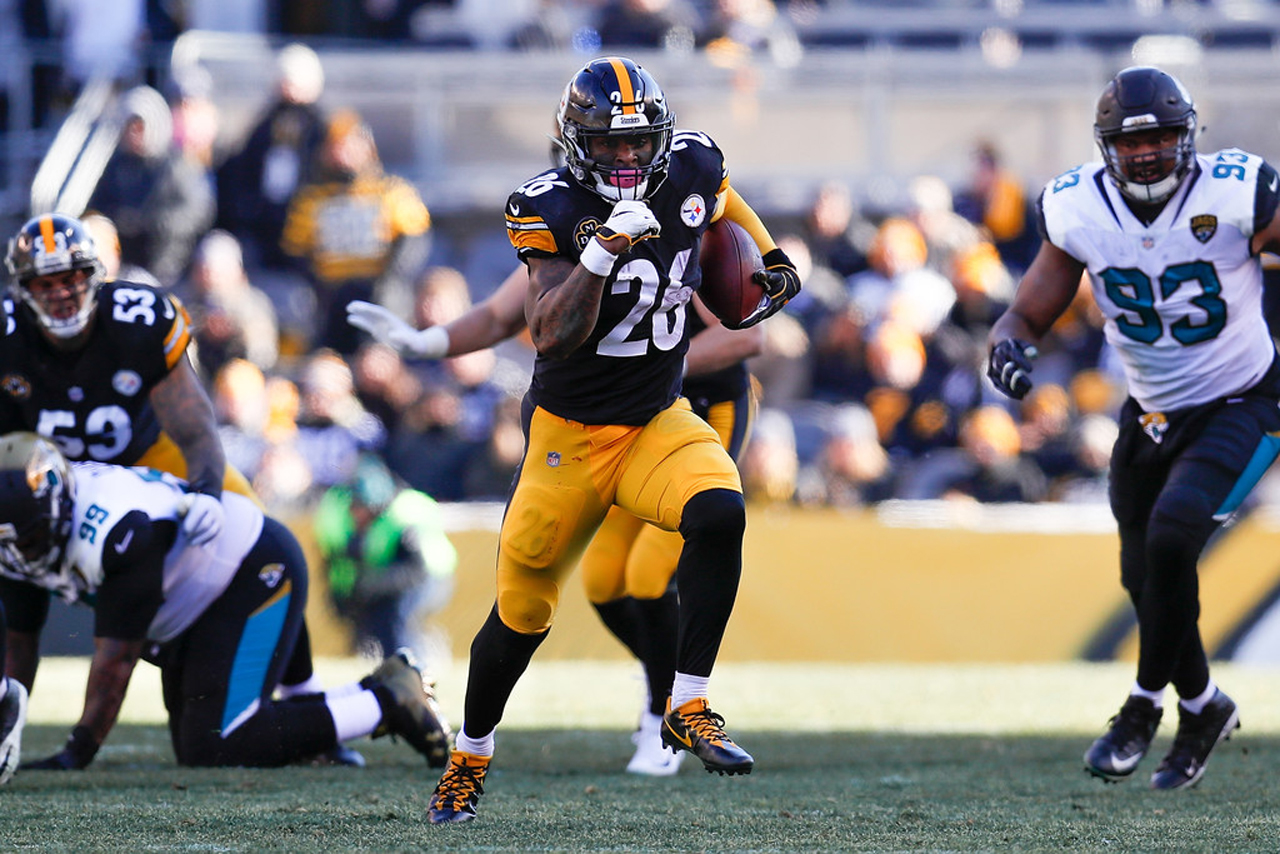 If there’s anyone who’s qualified to do it, it’s Le’Veon. Not only is he a three-down back—he is electrifying. He draws attention. He commands the audience. All those things have to be taken into consideration.

If you’re the best player on your team—or one of the best in the league, for that matter—you should be looked upon as someone with greater value than what the position is ordinarily worth in the market.

Look at what happened with Kirk Cousins this offseason. He bet on himself, playing on the franchise tag for a couple seasons, and it got him a fully guaranteed contract.

I think that is another progressive step that we as players needed to see taken, and I was really wowed by Minnesota being willing to go out on that limb.

I hope and I will for certain encourage all players to push their agents toward this idea of getting as much as you can guaranteed. I think the conversation and negotiations need to move forward more in the likeness of what happened with Cousins.

However, I don’t think that’s something that should be reserved for the quarterback position. It should be considered for any players who are elite and deserving of it. Those guys go out there, play at a very high level, entertaining the world. And any time you have something that is new and groundbreaking like Kirk Cousins was able to pull off, all guys should be able to take advantage of it, if they are worthy of it. 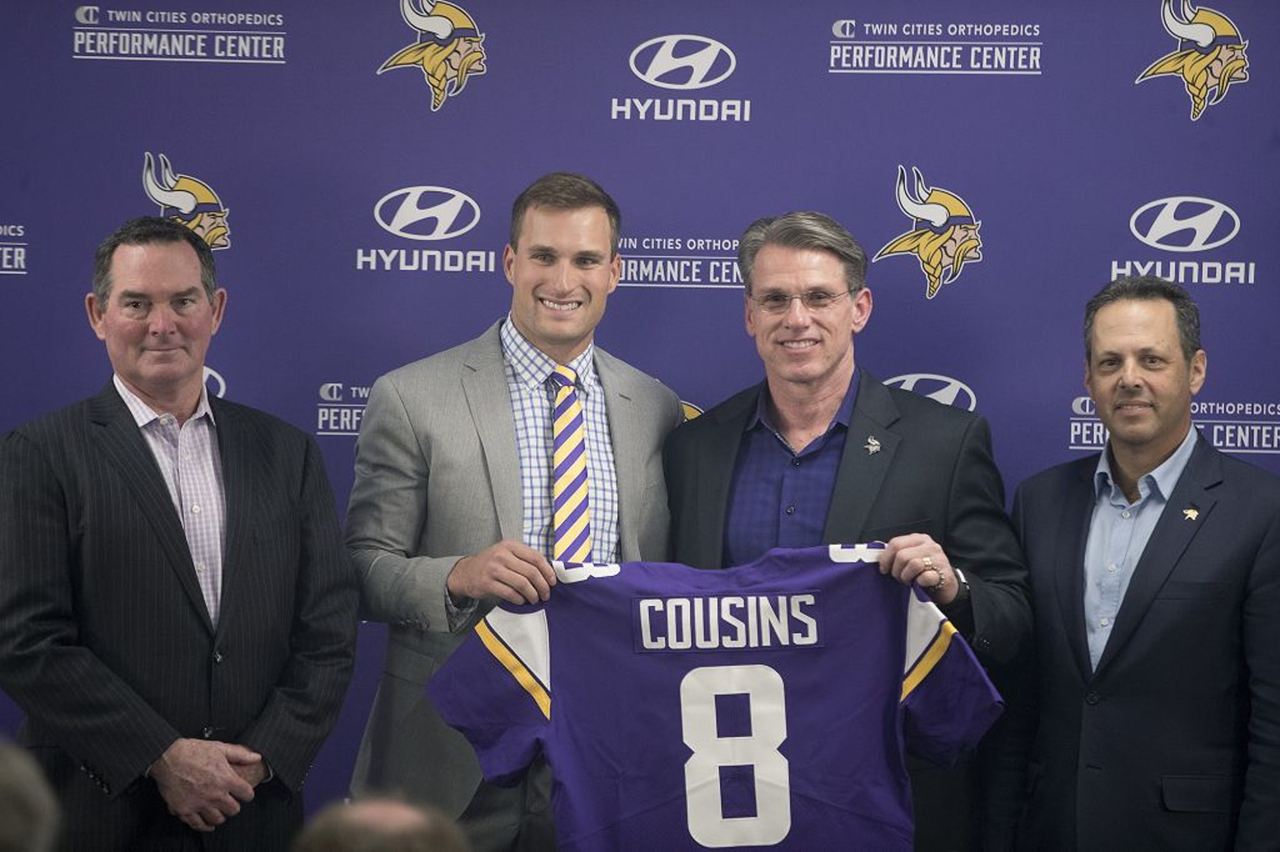 Typically when you’re negotiating a contract you’re considering a number of things to balance out the numbers you end up with. You look at how they value you as a player, what they have on the salary cap, what’s available, what the team’s long-term plan is, and the length of time of commitment to the team. It’s a combination of all those things.

Of course, the quarterback position is treated a little different. But what is important for all of us to take notice of is when you give the quarterback — or that marquee player — a lion’s share of the salary cap, it really hurts the rest of the roster to build a solid team around them. So while Cousins is making a big number each year on this guaranteed deal, because there’s not a huge signing bonus attached, it’s not that $40-million cap hit you see in some places. Those bonuses can be crippling.

That’s why when you look at some of the teams that have risen up in the last several years, outside of the Patriots with Tom Brady, most of the quarterbacks have been on their rookie contracts and the teams have been able to surround them with great talent, because they had the fluidity under their salary cap to build the roster up. It’s been a direct result of the cap on draft salaries, which changed everything.

But that doesn’t mean everyone but the quarterback should sacrifice after their rookie contract. There has to be a balance. And I believe that starts with job security. Brady has job security in New England, along with great belief and knowledge that the Patriots are going to surround him with high-quality talent. They may not go and sign the big names, but they know exactly what they are looking for on the team, as well as what guys they can bring in to fit their scheme. So there’s job security and then there’s a promise of future success.

It’s a different level of trust than you see elsewhere around the league. So, what would it take for other guys to be able to buy into that? I think, for me, I would have needed to know that, if I don’t get that huge signing bonus, a team will at least keep me around long enough to get another bite of the apple on my third contract. There has to be some sort of security in place for a player.

Back in 2008, when I held out for my contract, it was hard to refute the argument I was making.

I’m sure he is going to have another battle on his hands, just because that’s the way that teams have done business over the years. But for the tide to change back in favor of running backs, someone like Le’Veon has to be willing to force the issue.

Personally, I always kept that in mind and when I negotiated contracts. I looked forward, not only for myself but for the position itself and helping guys. It’s a responsibility. When I was in my mid-20s, my contract set the table for the large contracts for the young group of running backs that followed me. When I was 30 years old, signing a good contract in Atlanta, I thought about the next crop of 30-year-old running backs, moving the ball forward.

Assuming Le’Veon can sign a significant contract, I think he’ll really set things up for the position to reclaim its worth. Because right behind Le’Veon are guys like Todd, Zeke and Leonard Fournette. Highly drafted running backs that should be due some pretty large contracts when their rookie deals expire over the next several years. They should all know that whatever they sign will be used against the next guy, and that’s a massive responsibility.

Everyone has their own individual concerns in their career and in their life. But I would call on those guys to be spokesmen for the position going forward. They could change their own lives, and the lives of the next wave of running backs that come after them, too.