Steven Jackson’s stay in the state of Oregon was brief, but he clearly made an impact, and for that, he received a high honor on Tuesday.

Steven was officially inducted into the Oregon Sports Hall of Fame at the Multnomah Athletic Club, in a ceremony that recognized him as one of the great players in Oregon State football history. The honor offered a moment of reflection for Steven, who accomplished so much during his exceptional football career at Oregon State and on into in the NFL.

“I want to thank the people of Oregon for this honor,” he said. “I didn’t know where I was going when I came to Corvallis as a 17-year-old. It is a place I will never forget, a place my family and I will always enjoy coming back to.”

Playing at Oregon State holds a special place in SJ’s memory. He created many lifelong friendships and lasting memories in Corvallis that he reflected on Tuesday night.

“The best team I was ever on was the Oregon State Beavers,” Jackson said during his speech. “No free agency, no ownership — just a lot of people playing for each other.”

Steven also holds the single-season rushing (1,690) and all-purpose (2,015) yardage records for the Beavers from his spectacular sophomore season in 2002. The following season, as a junior, Jackson capped off his remarkable career in Corvallis with 149 rushing yards, 51 receiving yards and five touchdowns in his final game for Oregon State, a 55-14 rout of New Mexico in the Las Vegas Bowl. 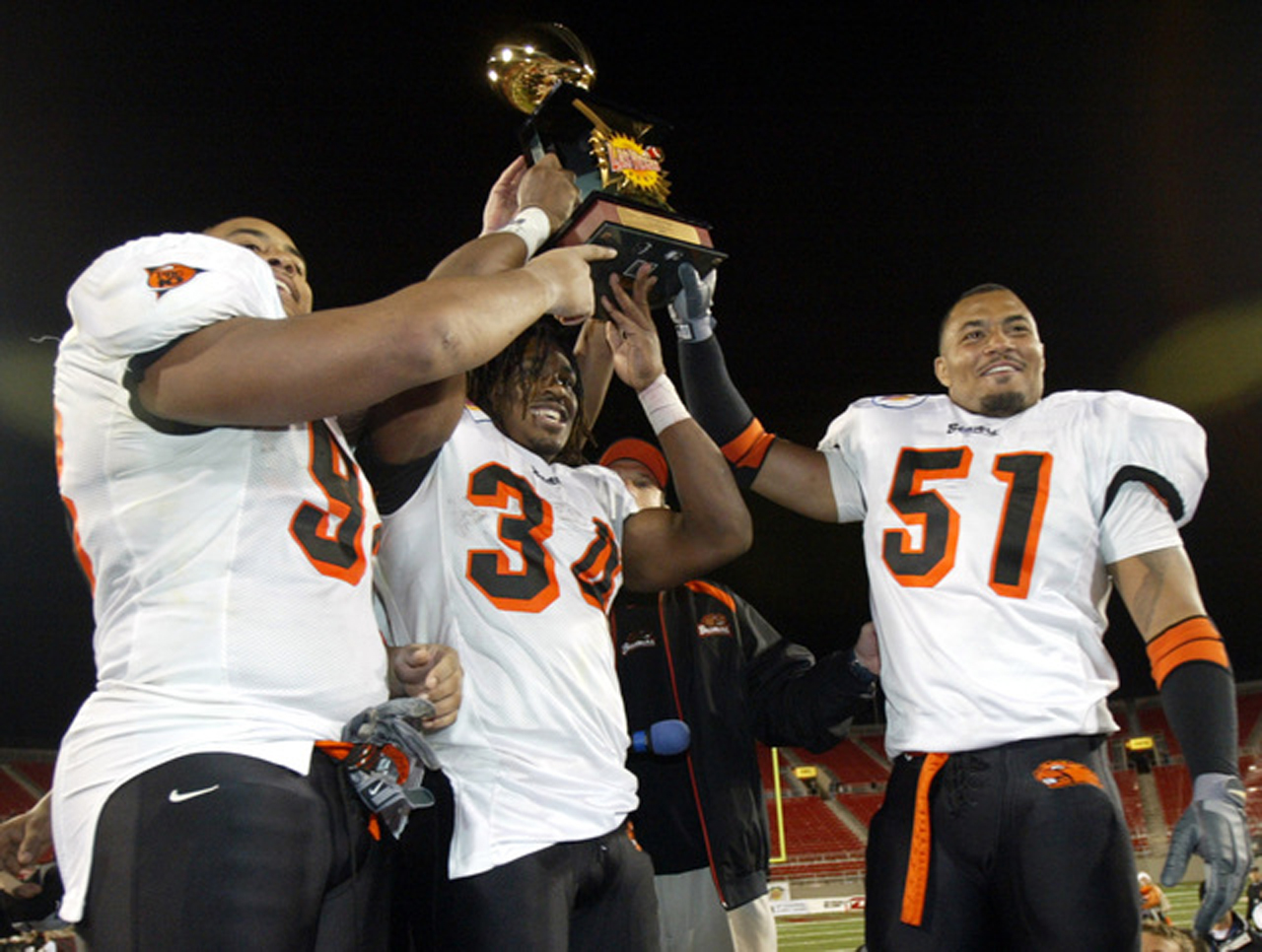 After that performance in his hometown, Jackson went on to spend 12 seasons in the NFL, primarily with the St. Louis Rams, and he finished his career ranked 18th on the NFL’s all-time rushing list (11,438 yards) to go along with 69 touchdowns. SJ is one of six players all-time to record eight consecutive 1,000 yard seasons. Barry Sanders, Thurman Thomas, Curtis Martin, Emmitt Smith and LaDainian Tomlinson are the other five players to accomplish that feat.

But none of that NFL success could have been possible if not for his time in Oregon, and even though the three years he spent in Corvallis passed quickly, they left a lasting impact on both Jackson and the community. And, Jackson is very honored to be recognized with this Hall of Fame honor.

“It’s humbling. When I got the phone call, I was almost in disbelief,” Jackson said. “My time (at Oregon State) was so short. I didn’t realize the impact I had on the community and the state. But I know the impact it had on me. I loved my three years in Corvallis. Oregon State allowed me to grow up.”

Now that Jackson’s football career is over, he has found himself taking on new challenges. He currently serves as a Pacific West coordinator for the NFL Legends organization, a way for him to give back and assist his NFL peers. And he has also helped create the Las Vegas Veterans Villages, a non-profit that provides housing, food and care for military veterans. 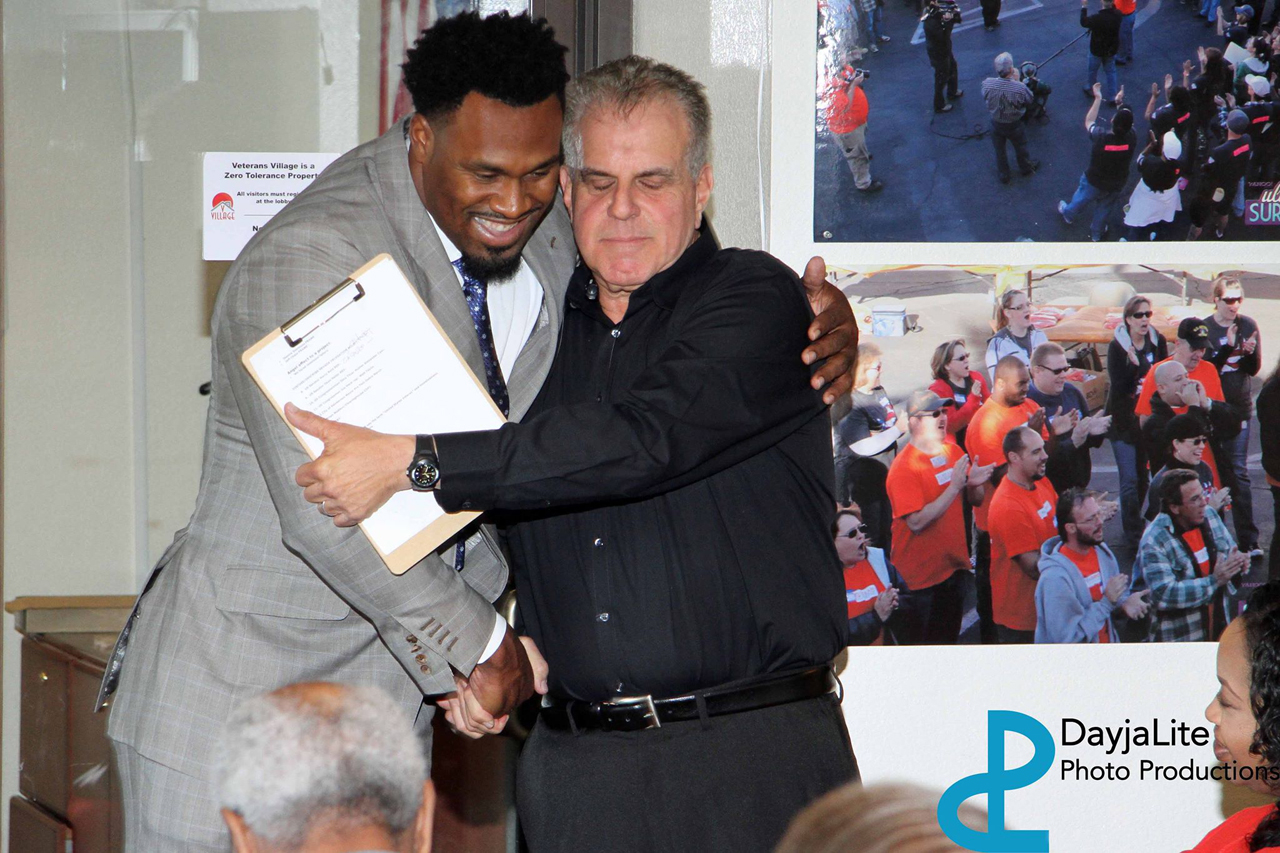 Maybe the Pro Football Hall of Fame will be next for SJ39. If it happens, he would be honored, but he’s glad to have had the success that he did have, and he is satisfied with his accomplishments regardless.

“It would be nice, but that’s out of my hands,” Jackson said. “I’m very proud of the effort I put forth. For my name to even be in the discussion is rewarding.”

If he is ever enshrined in Canton, NFL fans will recall his days with the Rams or the Atlanta Falcons or New England Patriots, but Oregon State prepared him for all of that. So that’s why Oregon holds a special place in his heart, and he’ll always have fond memories of his time as a Beaver.