Steven Jackson wasted no time putting his stamp on the 2011 season. 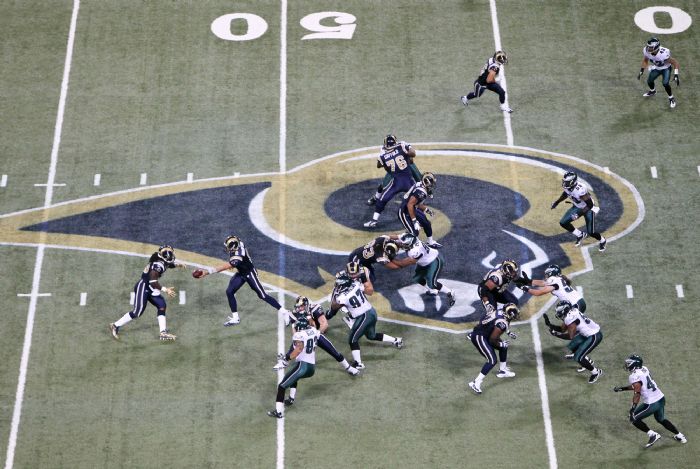 Steven took his first carry of the year and ran 47 yards for a score (St. Louis Post-Dispatch).

On the first play for the Rams offense this year, SJ39 took a handoff from Sam Bradford, burst cut through a gaping hole set up by his offensive line, and streaked 47 yards against the highly touted Phialdelphia Eagles defense to the end zone. The touchdown to give the Rams a 7-0 lead.

“I prepared all offseason for this,” Steven said. “I had a great training camp. I really felt mentally in tune for this game plan. I was really looking forward to it. I knew I could have a big role in this game.”

The play was set up well by the offensive line and executed well by No. 39, who pulled the defense into over pursuit with a hop step to the right before cutting back to his left through the hole.

He got a monster block from tight end Lance Kendricks to spring him through the linebacking corps and an escort from wide receivers Danny Amendola and Brandon Gibson to the end zone. Jim Thomas of the St. Louis Post-Dispatch gave how own description of Steven’s big run:

“Jackson raced off left tackle on the Rams’ first play of scrimmage for a 47-yard touchdown, bringing the sellout crowd at the Edward Jones Dome to life. Left guard Jacob Bell helped open up a huge hole with a seal block to the inside. It was Jackson’s longest TD run since 2008, and his longest run — period — since a 48-yarder against Arizona in 2009.”

You can watch the play from several angles at NFL.com. 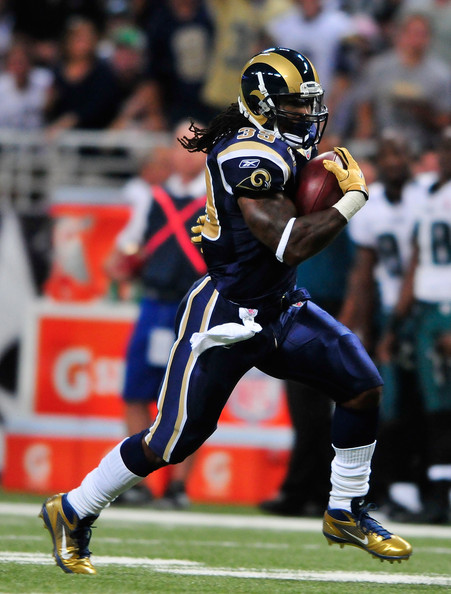 Unfortunately for the Rams, at the end of the play, Steven suffered an injury to his right quad.

He headed to the locker room while the St. Louis defense was on the field and came back in time to get on in the game on the Rams’ next possession. On his next carry, he gained nine yards right up the middle, but walked off after the play and did not return.

“It was one of those freak things. I felt a little something there,” Jackson said. “I just couldn’t be the runner I wanted to be.”

Steven finished with 56 yards rushing between the two carries and left with the Rams tied at 7-7.

But Philadelphia scored again on their next drive and pulled away in the second half for a 31-13 victory.

Along with Steven, Sam Bradford, Danny Amendola and Ron Bartell all suffered injuries in the game.

“Quite a few of us went down. If we’re going to have our injuries, let’s get them out of the way now, I guess,” No. 39 said. “Just have to be positive about it and go about it the right way. We want to be smart about it.”

On Monday afternoon, Steven tweeted that it still felt great to be out on the field and the Rams will regroup and recover for Week 2. 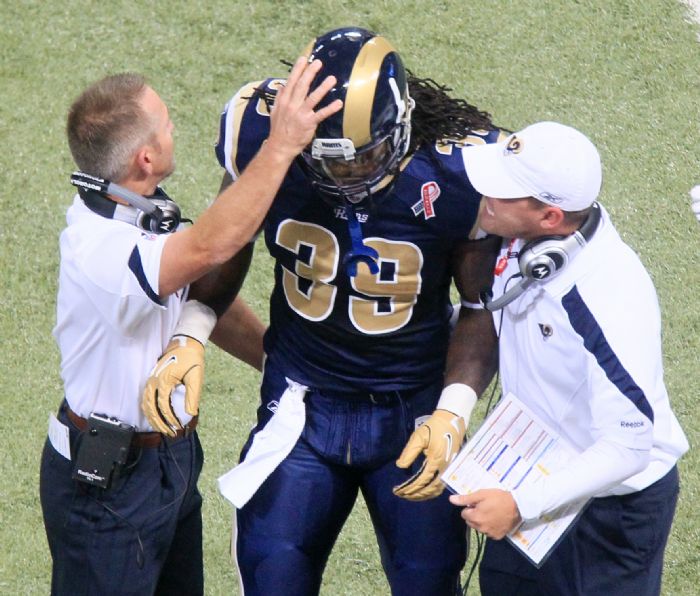 NEXT UP
The Rams will play their first Monday night game in nearly five years this week when they head east to take on the New York Giants at MetLife Stadium. Monday’s kickoff is scheduled for 7:30 CDT and the game can be seen nationwide on ESPN.